This is Good News Sunday, a compilation of some of the more upbeat and inspiring stories published recently by the Daily Herald:

Move over, Donnie Wahlberg and Jenny McCarthy. Another St. Charles resident — a four-legged one — is getting the People magazine celebrity spotlight.

Heaven broke through more than 10,000 doggy submissions with loads of online votes to become both a top-10 and then a top-three finalist. A panel of judges ultimately chose Heaven as the winner.

“She’s having quite the day,” said Heaven’s owner, Jackie Rakers, as she fielded a slew of media interviews.

Heaven wins a year’s supply of Pedigree brand dog food, plus a $1,000 donation for the charity of Rakers’ choice. Rakers will donate the dog food to the Kentucky River Regional Animal Shelter. Heaven was initially rescued by this shelter in Hazard, Kentucky, before she became a foster dog candidate by Plainfield- and Batavia-based Starfish Animal Rescue in 2019.

When Heaven was first taken in by Starfish Animal Rescue in Batavia, she had to be spayed and have eye surgery. Jackie Rakers took in Heaven as a foster dog before adopting her outright.

“If you can’t adopt, look into volunteering — whether that’s fostering or just donating your time within a shelter,” Rakers said.

William Shatner talked about his recent flight into space and other topics, from Star Trek to Shark Week, during Wizard World at the Donald Stephens Convention Center in Rosemont Sunday, Oct. 17.
– Steven Buyansky for the Daily Herald

Four days after reaching the final frontier, William Shatner was talking to a packed ballroom of fans in Rosemont.

“So, here’s what I’ve been doing, OK? I went up there and I came back down,” Shatner said to thunderous applause from hundreds of attendees at the Wizard World Chicago pop culture convention on Oct. 17.

The 90-year-old “Star Trek” actor and three crewmates blasted off Oct. 13 from Texas in a Blue Origin rocket, whose capsule peaked just short of 66 miles above ground, turning James T. Kirk into a real astronaut with a 10-minute flight.

No training could prepare Shatner for unfastening his restraints and floating around the capsule.

“There are no words in the English language, nor in our experience, to tell you what weightlessness is,” Shatner said, calling the sensation “antithetical” to anything else he has experienced. 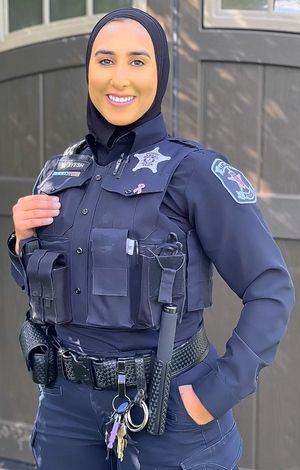 Maha Ayesh is the first in her extended Palestinian American family to become a police officer, joining the Bartlett Police Department last October.

The Lombard resident also is a trailblazer in another area. Ayesh is the suburbs’ first Muslim female police officer who wears a hijab — an Islamic head covering.

“I am the first hijabi officer in Illinois,” said Ayesh, who turned 31 on Tuesday. “One of my biggest inspirations was I really wanted to challenge cultural barriers.”

Though people are not used to seeing a “hijabi” police officer, there are more Muslim officers, male and female, in the suburbs today, she added.

“It’s so critical because we bring a background that a lot of people are not used to working with,” Ayesh said. “I want to bring difference, more of my culture and values to show that we work with people just like me in our communities.” 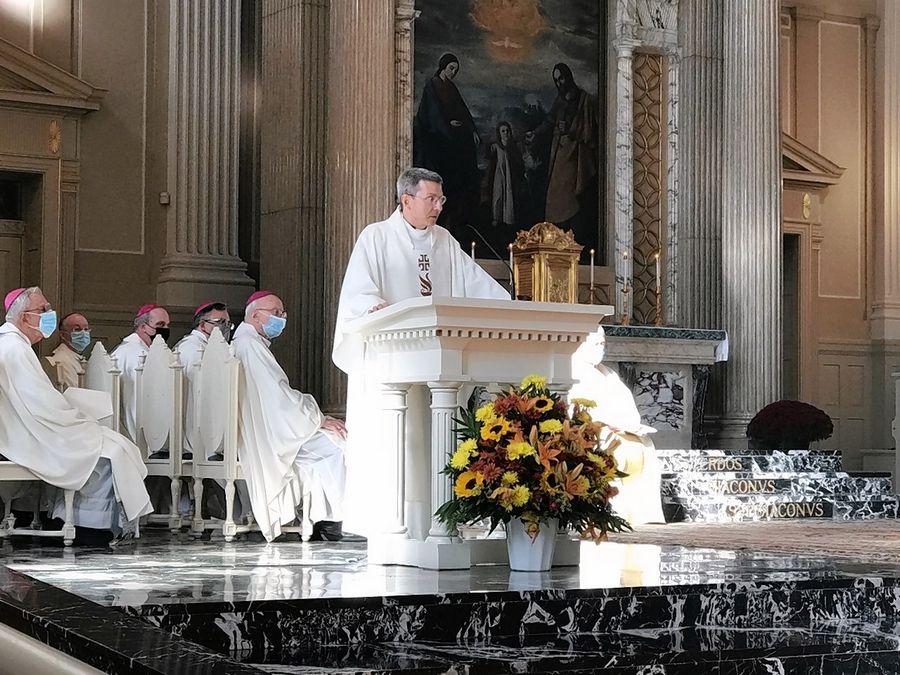 The Rev. John Kartje, rector and president of the University of Saint Mary of the Lake/Mundelein Seminary, addresses the crowd at last Sunday’s celebration.
– Steve Zalusky | Staff Photographer

One hundred years after the University of Saint Mary of the Lake/Mundelein Seminary was founded, Cardinal George Mundelein’s original vision remains strong.

The Mundelein seminary remains an incubator for seminarians who go on to share their faith and knowledge as Catholic priests at parishes around the country.

The campus celebrated its centennial Oct. 17 with a Mass led Cardinal Blase J. Cupich and Cardinal Wilton Gregory, Archbishop of Washington, D.C., and a former Mundelein student and faculty member.

Cupich read an apostolic blessing from Pope Francis that praised the campus as a “training ground for future shepherds.”

The Rev. John Kartje, rector and president of the seminary, said the work of many over the course of a century have led to its success. He mentioned the unsung heroes — the groundskeepers, kitchen workers and housekeepers.

“This grand old place looks pretty good for being a hundred years old,” he said.

The Lisle Library District is joining Family Shelter Service of Metropolitan Family Services DuPage in holding a #LovePurse donation drive. A donation box will be in the library’s lobby, 777 Front St., through Oct. 31.

Tuning Automatic Vehicle
We use cookies on our website to give you the most relevant experience by remembering your preferences and repeat visits. By clicking “Accept All”, you consent to the use of ALL the cookies. However, you may visit "Cookie Settings" to provide a controlled consent.
Cookie SettingsAccept All
Manage consent